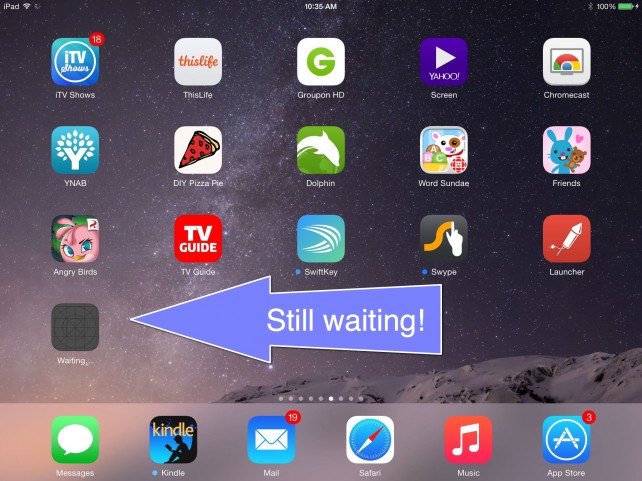 If you own an iPad Air, you probably arent happy about iOS 8.

For whatever the reason, some iPad Air users have been unable to update or download apps from the device after iOS 8 is installed. Unfortunately, the problem was not resolved with iOS 8.0.2, which Apple released late last …read more