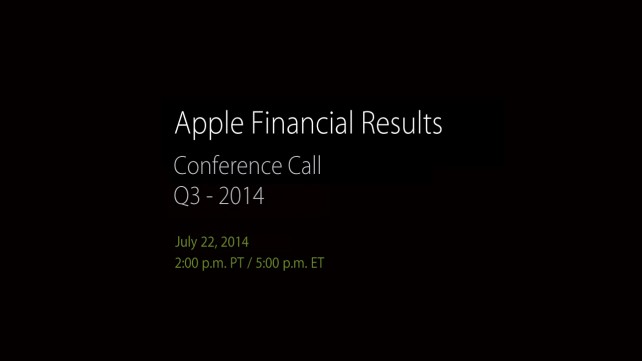 Apple has just announced that it will be posting its Q3 2014 financial results on July 22.

On that day, the Cupertino-based company will issue a press release detailing its earnings during its third fiscal quarter. The press release will be followed shortly by a conference call to be spearheaded …read more