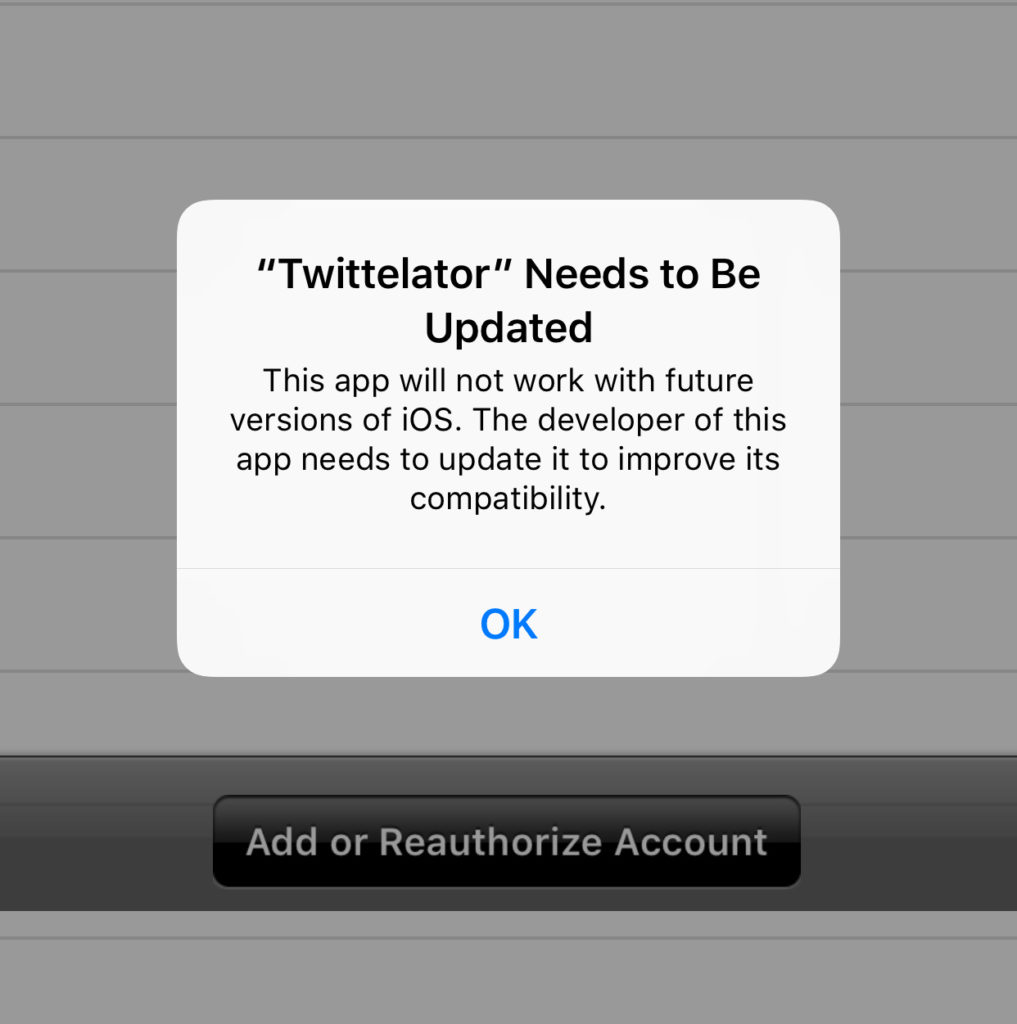 Starting with the first beta version of iOS 10.3, which was released last week, Apple has tweaked the dialog box when users open older legacy, 32-bit apps.

Starting with iOS 10.1, a dialog box appears when opening a 32-bit app:

This app has not been updated to 64-bit. Using it …read more